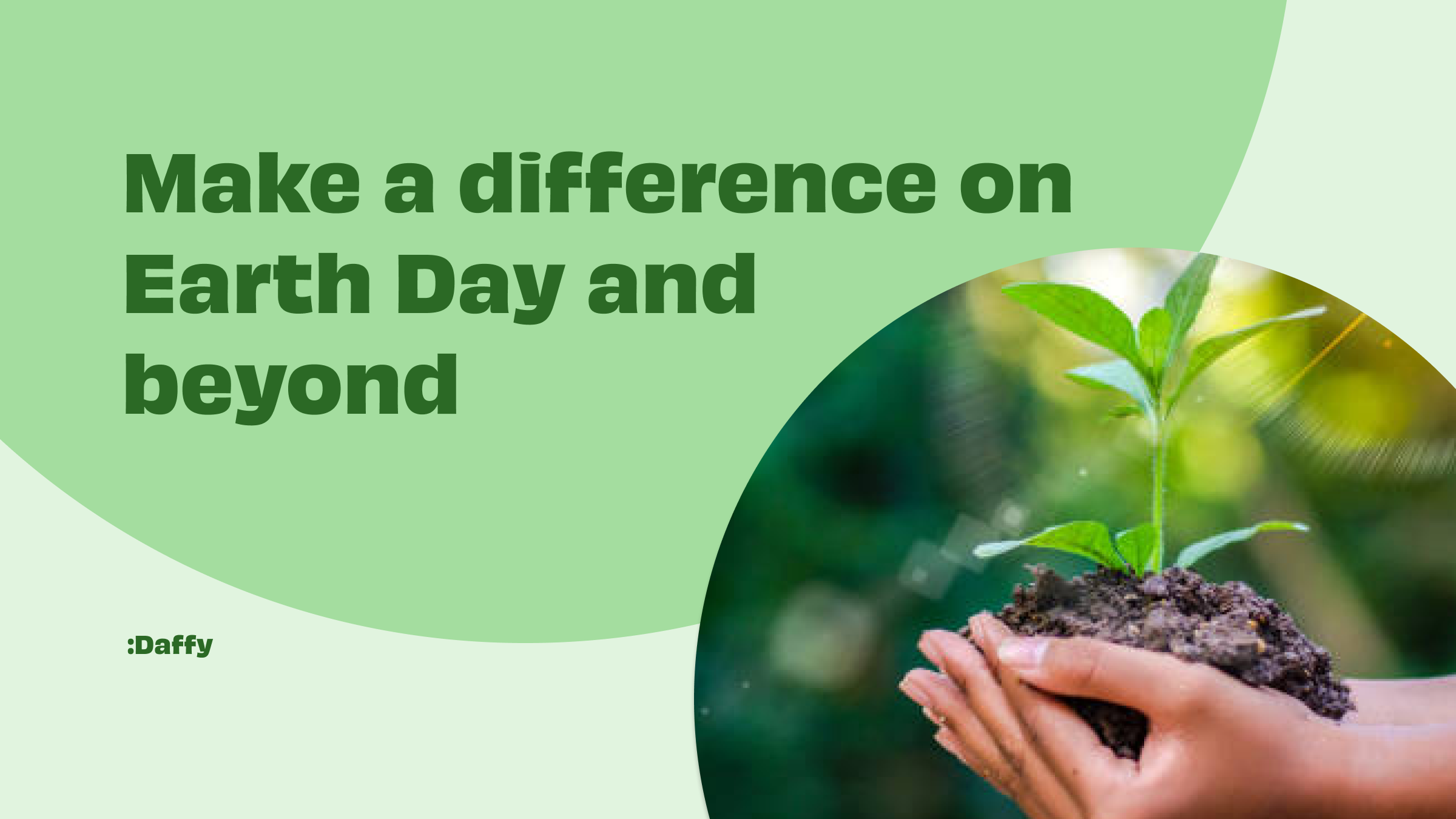 This year's Earth Day theme is “Invest In Our Planet,” an apt call to action at a time when addressing the climate crisis is more important than ever. Increasing natural disasters, extreme weather events, and rising temperatures across the globe are just a few of the problems leading to insecurity for the world’s population and the planet itself.

Luckily, it’s possible to make a major difference in the environment using your financial resources, especially when you’re strategic in how you donate.

In honor of Earth Day this year, we’re highlighting 5 of the most impactful environmental non-profits whose work is both evidence-based and cost-effective, based on Vox’s reporting.  The non-profits that made the list aren’t the biggest environmental organizations out there, since major players like the Nature Conservancy and Environmental Defense Fund already receive a significant amount of funding.

Instead, Vox looked at smaller organizations and chose their top recommendations based on programming:

Vox’s research was also backed by two reputable organizations in the climate space: Founders Pledge and Giving Green. As you can see, the following five organizations are well-poised to make a major difference and are certainly worthy of support on Earth Day and beyond.

What it does: Clean Air Task Force (CATF) has a decades-long track record of championing cleaner energy sources in the U.S. The organization began in the 1990s as an enforcer of federal policy to make older coal plants lower their emission rates to match those of newer plants. CATF is working to rapidly reduce emissions while advancing bold, durable climate solutions to ensure a net-zero emission, high-energy planet at an affordable cost.

Key programming your funds will support: Recognizing that U.S. federal regulations cannot single-handedly solve the climate crisis, CATF is expanding into the global arena, including Europe and Africa. The organization’s programming covers eight areas of focus:

Why you should donate: CATF researches and promotes alternative fuel sources with a much lower carbon footprint, like superheat rock geothermal.

What it does: Carbon180 isn’t just interested in lowering emissions; they want to remove carbon dioxide that's already in the atmosphere — which currently totals 2 trillion tons.

Why you should donate: Carbon removal is generally agreed to be a necessity in tempering the rate at which global temperatures are currently rising.

What it does: The Climate Emergency Fund is an organization with a rebellious streak; it funds ultra-ambitious organizations that disrupt normalcy, organize mass protests, and demand transformative change.

Key programming your funds will support: CEF raises money and then provides grants to vetted organizations. In 2021, grants totaled $1.5 million and were distributed to 35 groups.

Why you should donate: CEF is dedicated to raising awareness through activism. Your support helps to fund the social change aspect of environmentalism.

What it does: Rainforest Foundation works with South American indigenous leaders to protect rainforests, which are at risk due to illegal logging and mining. The organization is active in Peru, Brazil, Guyana, and Panama.

Key programming your funds will support: Rainforest Foundation helps indigenous organizations enforce the protection of rainforest land with territorial monitoring using smartphones and drones. They advise on land management and seek to inform both domestic and international policy on issues like forest protection and restoration.

Why you should donate: Protecting rainforests directly correlates to slowing climate change because these biomes absorb and store more carbon dioxide than any other type of forest in the world.

What it does: Kids will inherit the earth (and global warming), which is why the Sunrise Movement Education Fund focuses on youth activism. The primary goal is to build a mass movement of young people to fight climate change. The organization works to make climate change an urgent political priority, end the political influence of the fossil fuel industry, and support the election of climate leaders.

Key programming your funds will support: Sunrise focuses on multiple program areas, including:

Why you should donate: The Sunrise Movement Education Fund was awarded a prestigious MacArthur Foundation grant in 2021. The organization is well-poised to continue its advocacy and youth work.

There’s no shortage of impactful environmental organizations to support Earth Day. But why stop there? Make giving a habit by setting up recurring donations to one or several of these worthy organizations in your Daffy account. Because in reality, every day is Earth Day. 🌎

P.S. If you thought this was helpful, you can also donate directly to Giving Green. They provide in-depth research and evaluation of environmental organizations to help donors and volunteers make the biggest impact.