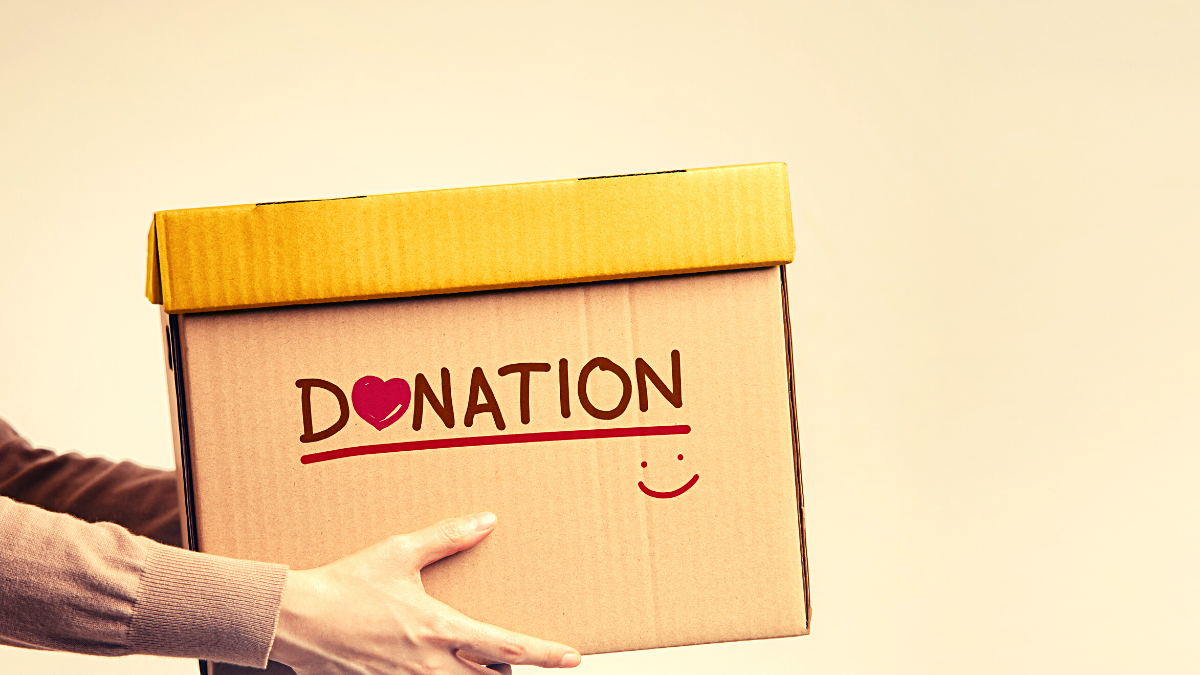 Making money allows you to do and buy more, but there’s an increasing amount of research showing that giving is a better indicator of happiness — and not just for the recipient.

One study reveals that increasing your wealth by $100,000 a year only increases your happiness by an average of 2%. But to achieve true happiness, you need to incorporate other values into your life, such as love, family, friends, spirituality, community, and charitable giving. Here are four mental and physical benefits of donating to charity:

1. Giving is better than receiving

We’ve all heard the phrase that giving is better than receiving, but this isn’t just anecdotal evidence. There are actually scientific studies to support this. In a study published in Science Magazine, participants were given envelopes of money and asked to either spend the money on themselves or others. Afterward, they were asked to rate their happiness. Overwhelmingly, the people who spent the money on others were happier than the ones who spent it on themselves.

In a related study, researchers conducted a study revolving around Swedish massages. Participants were asked to both receive and give massages for three weeks each. Happiness levels during both periods were compared, and it was found that the participants were far happier when giving a massage to someone else as opposed to receiving them.

Dr. Elizabeth Dunn, a social psychologist at the University of British Columbia, has done groundbreaking work on generosity and joy. Her research suggests that people who give money to charity tend to be happier and also healthier than others, especially when you can see the impact of your donation.

Say this five times fast: Mesolimbic pathway. While it may not flow off the tongue, it’s surprisingly easy to activate.

The mesolimbic pathway lights up whenever you perceive a reward to come as a result of your decisions. When you make the right decisions, dopamine (a happiness chemical) floods through the mesolimbic pathway and makes you feel happier and more content. You then feel motivated to carry through with your decisions because it makes you feel better emotionally. In other words, it gives you that “warm, fuzzy” feeling.

Since giving is a part of your physiology, it only makes sense that you should pursue it. After all, why ignore a part of yourself that would make you happier?

Giving isn’t a standalone act; it often inspires others to pay it forward. Whether it’s an act of kindness or financial support, it’s meaningful to be part of this ripple effect.

There are numerous cases of this happening spontaneously around the world, where one person’s giving encourages another person to give. For example, in 2012, one driver who paid for their coffee and the coffee of the person behind them in Winnipeg, Manitoba, encouraged the next 226 customers to do the very same.

Additionally, being a giver encourages innate support from others. Organizational psychologist Adam Grant says, “Research shows that people tend to envy successful takers and look for ways to knock them down a notch. In contrast, when givers...win, people are rooting for them and supporting them, rather than gunning for them. Givers succeed in a way that creates a ripple effect, enhancing the success of people around them.”

When giving through Daffy, you can make a public comment sharing why you support that specific organization, so you can inspire others to follow your lead. You can also invite your friends and family to give to a cause they care about through Daffy.

Multiple studies demonstrate the physical benefits of charitable giving. In Why Good Things Happen to Good People, Dr. Stephen Post found that critically ill patients who took time to give to charity or volunteer their time enjoyed numerous health benefits, including a longer lifespan that refuted bad prognosis. He’s conducted this research multiple times, and each time has found that giving:

His research revolving around giving has spanned over 50 years, and he’s found that the earlier a person starts to give, the better their life circumstances are likely to be. People who give are more likely to enjoy both better physical and emotional health throughout the duration of their lives. Numerous other studies have provided similar findings as Dr. Post’s. Here are some other ways giving can improve health:

Ready to feel good from giving on a regular basis? Join Daffy to set up recurring contributions and donations all from your own donor-advised fund. You can donate cash, stock, or crypto, then earmark the money for your favorite causes and charitable contributions.